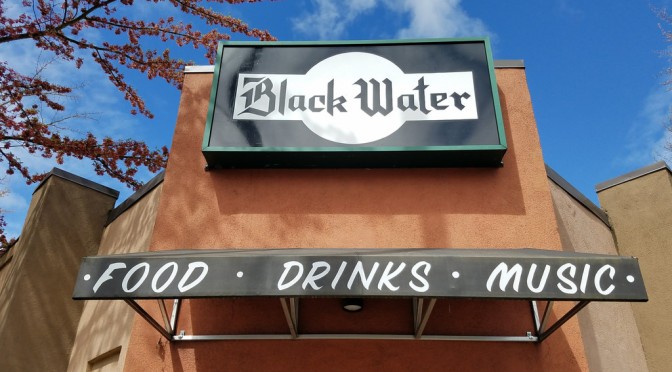 Today we ventured down Broadway in Portland, looking for a spot for some lunch goodness.  The only problem?  I wanted something new.  I remembered hearing about Blackwater Bar in Portland, an all-vegan bar.

Blackwater is a punk-rock themed bar, that teeters on the edge of dive status for me.  Once you walk in, the space is on the dark side (not sure if deliberate for the punk theme) and has a good mix of booths and chairs with tables.  The place is pretty good size, with a full sized stage for live music shows, a bar in the back, a couple of pinball machines, and ample seating. 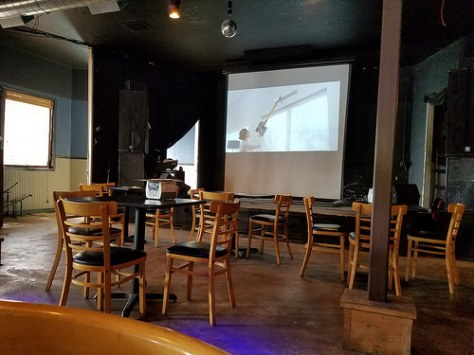 Today a screen was showing Discovery Channel documentaries so we all watched lions take down Giraffes and other nature shows.  We rooted for the giraffes.

Once we sat down we were really excited about the menu.

It was all what I call traditional bar food. Which is probably higher on the unhealthy scale, and also higher on the good taste scale.

We saw items like Mozzarella bites, burgers, chili cheese fries, pretzels, nachos and wings.  There were salads but they were at the bottom, and clearly not the prime focus of the place.

The service was really friendly and punctual.  I ordered an IPA on tap (from Breakside), and Kristin wanted a greyhound.

I decided on the traditional burger which included a house made patty (I heard great things about their burgers), Chao cheese, burger sauce, lettuce, and tomato.  I also ordered some mozzarella bites to try.  These also featured a house made mozzarella. 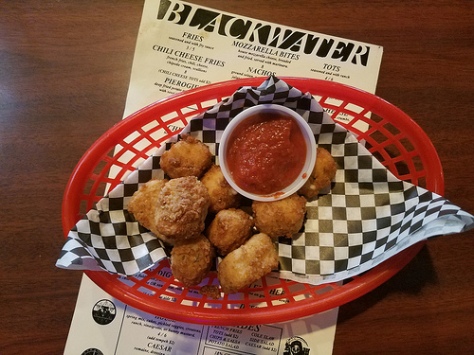 The mozz bites came out first and looked really good. They came with a small cup of marinara sauce.  I was really excited to try these as I have a lot of respect for a place that makes their own vegan mozzarella.  However I think fans of the cheesy sticks may feel a little bummed about these.  The cheese was a little “gritty” and lacked substance in my opinion.  They fell apart in the marinara.  I do think though they are on the right track and will perfect these little fried balls soon.

Mine was a perfect specimen of a vegan pub burger. The house made patty was amazing and it had a little crunch on the outside which was great.  They seemed to have also cracked the code on how to get Chao to melt onto a patty.  The burger sauce lent a great flavor to the burger also. 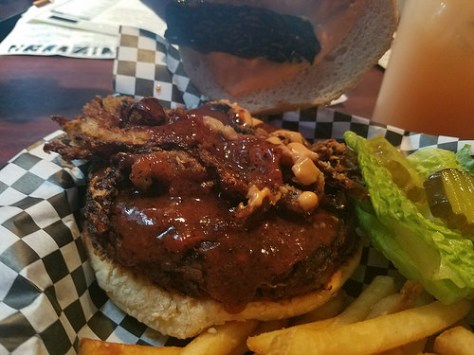 The Western was beautiful as well.   The patty was basted in BBQ sauce and had a ton of flavor.  The fries were crispy and some of the best I have had from a vegan joint.

In the end, our food was really good.  We weren’t able to finish our meals and most of them came home.

Minors are also allowed in the bar but not past the clearly marked zones near the actual bar. 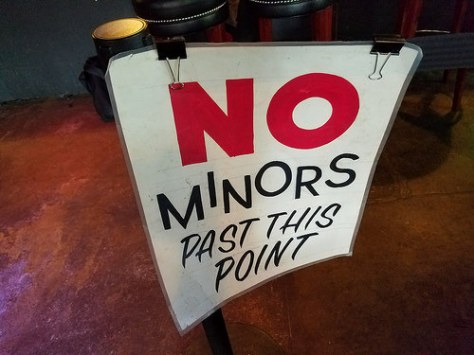 While Blackwater Bar is not a place you’ll be taking Grandma (unless she is a punk rocker), we will definitely be going back and spending more time there!