Not too long after, and the gremlins returned.  The dealership simply blamed the issue on my “aftermarket HID headlamps” (Trucklites), bigger tires, and my CB radio (potentially causing RF interference).

It was clear to me that Chrysler had no intention of working with me on finding the problem.

Symptoms (May be different from vehicle to vehicle):

I know this seems odd, but I started to notice this would happen in the same spots of my commute, so the RF interference was gaining some consideration.  But then I realized the road was bumpier and had a unique grade to it (dip to the right) which made me better understand how the battery was involved.

Fast forward to last Fall, when I went to the garage to start the Jeep.  Dead.  No clicking starter, nothing.  But I had lights.  I popped open the hood, and heard a faint clicking coming from the TIPM.  As if it was rebooting or shorting.  I wiggled the battery cables, and the sound stopped.

I retightened the terminals to the post and the Jeep started right up.

And that was the last time the problem occurred.  I have had other friends with this same problem, and when I suggested this fix, they have had no recurrence in weeks, when it was a daily event.  I personally have not had the problem in 6+ months since making the fix.

NOTE: My issue was on the ground.  I still checked the connections on the positive terminal, but that seemed fine.

1. Using a 10mm socket, remove the nut which secures the terminal. 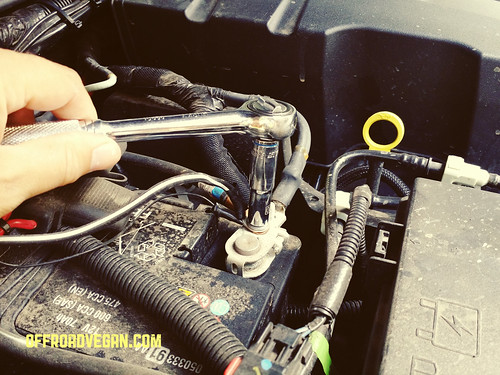 2. Press the terminal firmly down, ensuring it is seated at the base of the post. 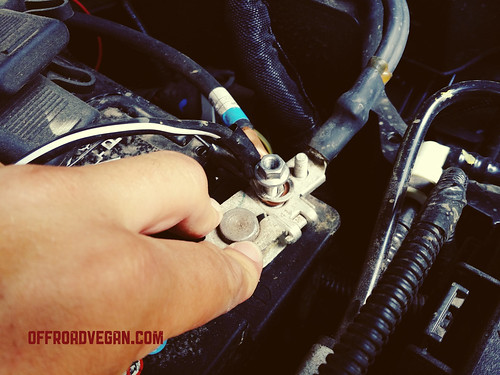 3. Using very good needle-nose (or other narrow pliers) pliers, squeeze the terminal behind where it meets the post.  This will remove the tiny variance/gap that is causing the fault. 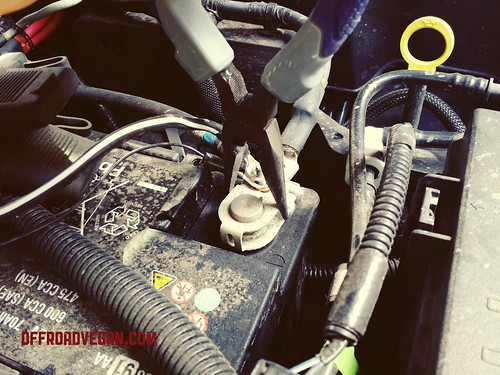 4. Reinsert the nut, ensuring it is threaded tightly to the bolt.

5. Check all other terminals and connections.

I also picked up a set of adjustable terminals for the rainy day I plan on installing some proper battery terminals.  Chrysler’s versions are NOT adjustable (cheaper) and that is why we are having these issues. 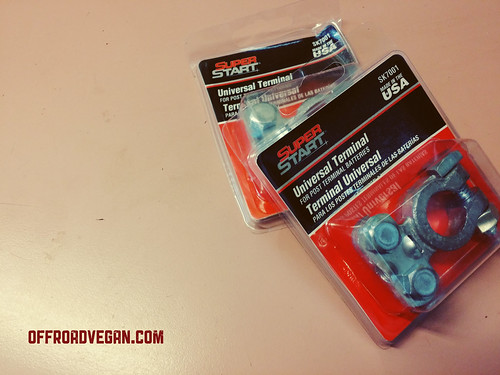 This issue has been mentioned for most Jeep vehicles, including Grand Cherokee and Wrangler.  I assume the terminal/post connection is loosened from offroading, so if you wheel a lot, be sure to keep an eye on it.

64 thoughts on “UPDATED: Fixing the “Dashboard Christmas Tree” in Jeeps”