Perhaps the one potentially positive outcome from these shootings, is that the national consciousness comes together for a discussion about guns and gun ownership.  That debate is often heated, and polarized with little needle movement from either camp.

In my opinion however, we do need to look at current and future gun policy with an eye to both rights preservation and compromise.

I submitted my thoughts to Vice President Joe Biden’s “Gun Control Committee” in the wake of the shooting in Newtown and was thankful to hear from his staff that my comments were included.  Most of that stance remains unchanged.

END_OF_DOCUMENT_TOKEN_TO_BE_REPLACED

When it comes to my Jeep, I am really picky as to who gets to touch it.  I do all my own maintenance, and my inner circle of Jeep friends get to wrench on it.  But sometimes you just need to get a gear job done and need to take it to a reputable shop. 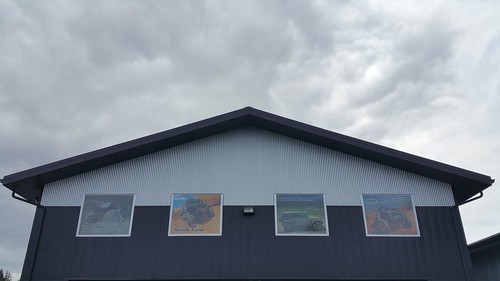 Last May, it was time for 4:88s so I took the Jeep to Northridge 4×4 in Silverdale, Washington.

I have had a long relationship with the guys at “NR 4×4” so I fully trusted them to do the job and do it right.