Perhaps the one potentially positive outcome from these shootings, is that the national consciousness comes together for a discussion about guns and gun ownership.  That debate is often heated, and polarized with little needle movement from either camp.

In my opinion however, we do need to look at current and future gun policy with an eye to both rights preservation and compromise.

I submitted my thoughts to Vice President Joe Biden’s “Gun Control Committee” in the wake of the shooting in Newtown and was thankful to hear from his staff that my comments were included.  Most of that stance remains unchanged.

The media, which includes news, movies, TV shows, music, and many internet properties is not our friend.  They have seeded our collective minds with violence.  From “first-person shooter” video games, to violent movies, songs about murder, and the glorification of shootings in the 6 o’clock news…we are inundated with a constant flow of violence.  And, just like all marketing, when the message is repeated and constant, it does affect our behaviors and how some people define what is right and wrong.

The news media is especially complacent in this.  They provide a sure-fire means that any person on the brink of a breakdown can make a massive, national splash with their name living on in infamy.  Those people, as small their numbers seem to be, are guaranteed to affect everyone from the President, to all citizens of the World.  Front page news headlines, CNN takeovers, and at least a week’s worth of pundit analysis on all news networks. 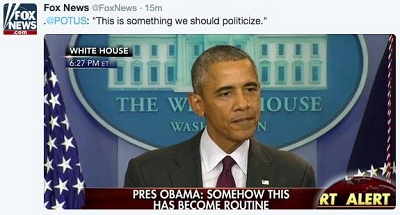 That is a pretty enticing prize for those seeking the fame.  And the cost?  Nothing but a few bullets and a gun.

So what’s the answer?  I am not saying the media cannot report on these tragedies.  But the very nature of them have woven themselves into our political fabric such that we expect our highest leaders to take active roles with countless news conferences, breaking news updates, and a constant saturation of coverage.  This, again, leads to a perceived glorification of the shooter.   The news should report on it, wait for facts, and provide updates when all the information is collected and can be accurately reported.  End the sensationalism.

Enough already of the “Gun Free Zone.”  While on paper, this seems to be a wonderful solution to ending violence, time has proven otherwise.  Mentally questionable criminals-to-be do not abide by rules.  They are prepared to die for whatever cause justifies their actions.  They will not stop to read signs, or ordinances, or decals on front doors at Buffalo Wild Wings.  They are there to kill and harm, at all costs. 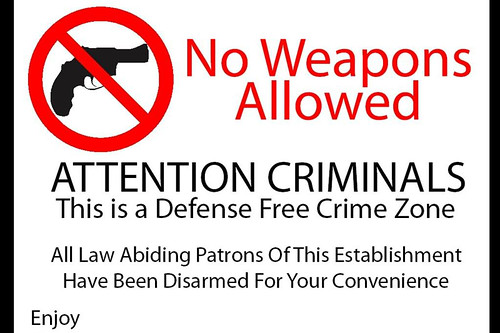 The Washington Post did a fascinating piece on how gun violence has declined in this country except in gun free zones., claiming

The downside to these gun free zones, is that people like you and I – that actually respect laws and rules – will not be armed.  So all criminals know they face little resistance.  It is a perfect formula for massacre.  Just ask yourself how many shootings have been at schools, government buildings, and theaters versus Cabelas, a Texas BBQ, or even a Main Street in gun-friendly America.

So what’s the answer?  Gun Free Zones were a social experiment that has proven to be wildly ineffective and dangerous.  It is a “fish in a barrel” situation.  We need to take down the silly signs and understand legal gun carriers can have a direct and indirect deterring effect.  Direct by actually intervening early in a shooting event by disabling or even killing the shooter.  Indirect, because now potential shooters have no idea if people could be, or are armed.  We did it in cockpits.  We do it with armored money transports.  We need to do it everywhere.

As a competitive and recreational shooter (I’m vegan so I do not hunt), I enjoy trying out new shooting technology.  I also enjoy larger capacity magazines, new rifle styles, and the ability to conceal carry whenever I wish.

However, when a mass shooting occurs, the argument for why I need such things always comes to the forefront.  The discussion usually starts with “Why do people NEED 30 round magazines, and assault rifles!?”  The answer is simple.  Because I can.  In America, we never base what we can all own based on need.  Do we need Ferraris that can do 180 MPH?  Do we need loud car stereos?  Do we need violent video games?  Of course not.  But our rights are granted to us, not earned based on need.

Many people do things that annoy the hell out of me – protesting at Planned Parenthood – for example.  And, while I do not agree with them (nor do they NEED to do it) I respect they are exercising a given right.  And leave it at that.

My right to own an AR-15 and 30 round magazines should not be dictated by the fact that everyone else is being responsible.  The .000001% of our society that are sick and deranged should not set policy for the 300+ million guns in private ownership.

So what’s the answer?  A mature, intelligent perspective is needed.  Just because some people don’t see a need, does not mean we should lose a specific right to own something.  That is a slippery slope.

I recently traveled to California for Thanksgiving and wanted to bring my new competition target rifle, an M1A.  There is a nice range in Southern California and I thought it would be fun to have a guys’ day at the range.  Maybe even a new holiday tradition.

But I found out that my rifle held 2 illegal elements, and I could not take it.  The flash suppressor and magazine were both illegal in California.  Seriously!  A flash suppressor?  For those that do not know what that is, it’s the little cage-like device on the end of the barrel that minimizes the flame from the burning gun powder.  And somehow this was illegal?

Flash suppressors can look intimidating.  Countless companies make aftermarket suppressors that can break down doors, and are designed to just look crazy tacticool.  And that is why they are illegal – the look “assaultish.”  There is absolutely zero way that that law is resulting in making people safer.  Except politicians in election years that want to look busy.

Magazine counts are also a failed law.  Limiting he number of bullets in a magazine is akin to limiting the number of gallons in a car fuel tank to stave off DUI accidents.  “Well, if the driver had to stop to get gas more often, maybe he could have been stopped.”  Shooters in these situations tend to train, and tend to have adrenaline speeding up their actions.  It takes no time at all to swap out a 10 round magazine (legal in CA).  Again, failed, “feel-good” legislation that has no basis in actually helping save lives.

So what’s the answer?  Well we know what the answer is – focusing on foundational policy and not on gun components.  Pistol grips, mag counts, and flash hiders are baseless and politically driven.  Most legal gun owners would appreciate a discussion on those foundational laws – expanding background checks, shoring up straw-man purchases (where someone buys a gun for someone that does not qualify on their own), and getting all states to participate in the NICS (National Instant Criminal background check System).  Did you know 13 states do not share criminal information in NICS? They are performed at the state level. It is a huge loophole that needs to be fixed now. 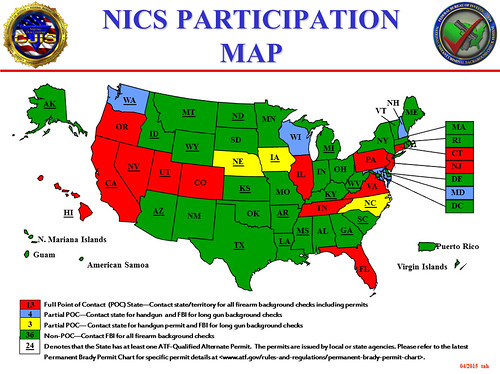 I know this is not a popular position.  But it needs to be said.  In a country of over 300 million people, we have had a handful of mass shootings on the scale of Newtown, Columbine, and San Bernardino.  While they are all tragedies, and a perfect society would not have blight like these, they are almost statistically insignificant (of course the media would disagree and claim it is a pattern).  No matter how many laws are passed, backgrounds checked, gun free zone signs put up, we need to know that a small portion of our society just wants to do us harm.  And there may be nothing we can do about it.

As far back as you look into human history, we are just violent.  Raping, pillaging, and marauding.  Conquering entire cultures.  From those early days, we have actually made immense progress into being a productive society that plays well with others.   But other parts of the current World would love to trade a national tragedy where 14 people are killed for their multi-decade civil wars, claiming millions of lives.

So what’s the answer?  There really isn’t one.  We can insulate ourselves with smart policies and by trusting fellow Americans that choose to be armed.  We can look at the data which actually tells a wonderful story – that gun crime has been cut in HALF since the 80s.  We can turn to technology as a means to tighten our existing laws.  But most importantly, we need to step back and look objectively to see that in terms of deaths, we have bigger problems in our society to focus on.

So What is the Big Answer!?

We have a problem in this society, and it not a problem that will be fully answered in this generation.  The issue is deeply seeded in all of us, from that first violent movie we saw, to the first person shooter game we played last night.  The music we listen to, the news we trust, and the sports we take part in all shape our collective violence (and our sensitivity to violence).

But we also need to remove emotion from policy-setting, and take a mature perspective that preserves the rights of all Americans, while removing loopholes and tightening penalties.  Remove the perspective that ‘need trumps rights.’  Stop the red herrings – banning scary looking flash hiders and magazines are not going to solve anything and only make criminals out of every day citizens.

We also need media reform by ending the glorification of these shootings.  Remove the political sabre-rattling and intimidations.  Report on it, with facts, and move on.  We don’t need all political leaders fighting over microphone time, looking to earn that .01 uptick in political sentiment.  They need to focus on the big problems facing this country.  Like climate, budget, foreign policy.

And, we also need to trust our fellow Americans that wish to be armed.  They are not “armchair mercenaries devoid of training.”  Most gun owners spend more time at the range and in training than most police officers.  Remove the gun free zones, and let the legally obligated individuals that wish to help, help.  Intervening in a situation is not a “Heroic dream” as many people have told me.  It would be the last thing any gun owner would want to have to do – but is always prepared to do.

But perhaps the most important thing to do in the wake of these shootings is to come together as a nation and stop blaming the inanimate objects for the behaviors of sick, evil people.

4 thoughts on “My Manifesto on Gun Control”