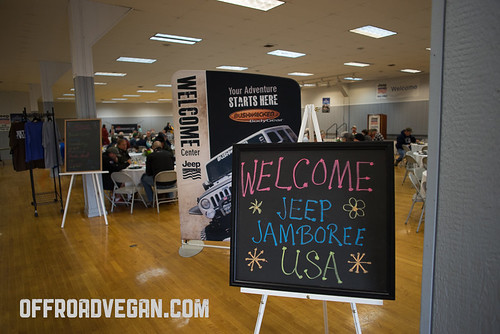 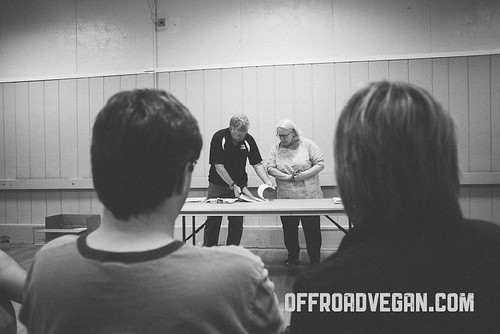 Mark and Terry open the Jamboree with an informational meeting.

Vehicle evaluations began in earnest – to inspect each vehicle, ensure required equipment was in the Jeep, and make a recommendation of capability.  After evaluations, driver’s signed up for the trails they wanted to tackle over the next two days.

The next morning began early as the Jeeps filed in behind their trail guides and prepared for a long day.

After our driver’s meeting and air down, we hit Archer’s Firebreak. 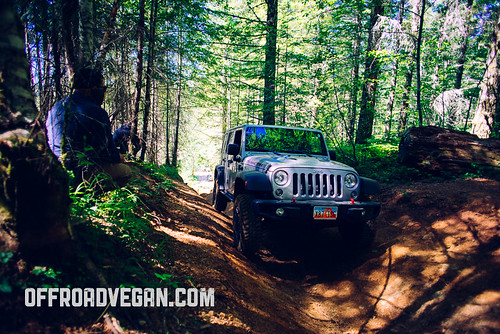 One of our teams from Utah comes up the “V-notch.”

Our first warm up was the “V-Notch” a nice loose hill climb, with an off-camber V toward the top.  This was a great way for the wheelers from all over the US to get a feel for the unique terrain and soil of the Tillamook State Forest. 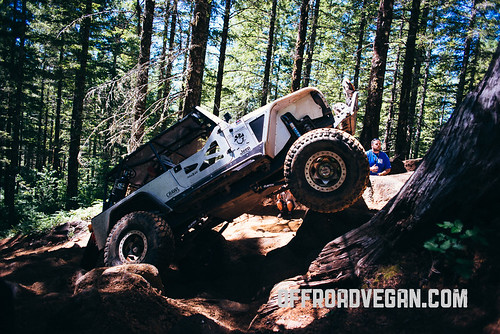 John Herrick comes up the technical line on “Rock Garden.”

The trail continued to meander around, soon approaching the “Rock Garden.”  While most of us chose the easier line, John Herrick of CRAWL Magazine and his beautiful TJ, took the tech to the rocks and nailed it.

After Rock Garden, Waterfall was the obstacle that everyone was excited to tackle.  We lined up at the filter, and once passed, queued up to pick our lines up the rock face. 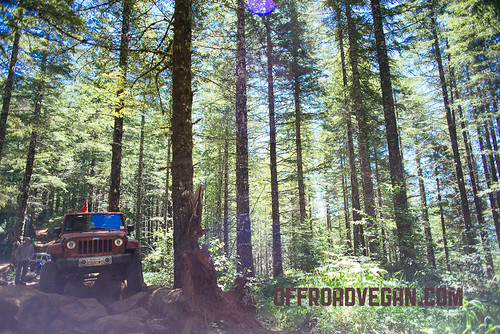 One of our drivers from California makes their way through the filter at Waterfall. 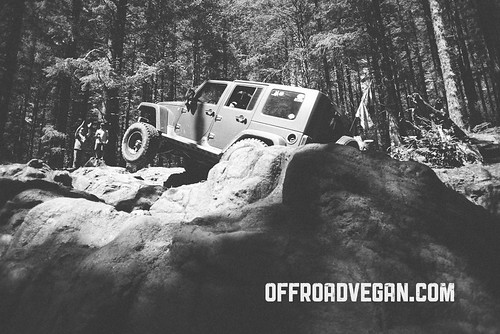 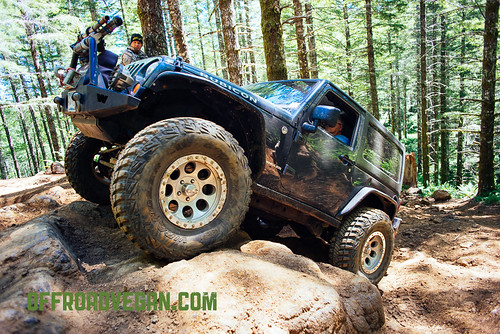 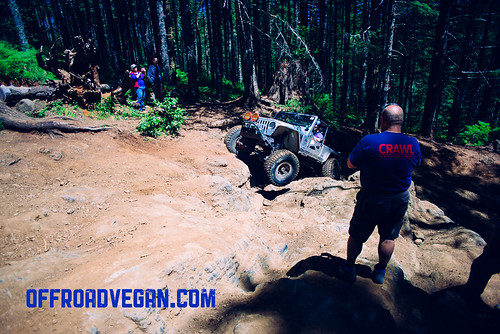 Once all the drivers were ready, we got back on the trail to continue Archer’s Firebreak.

Can Opener was the next extreme obstacle, and while not part of our itinerary, we decided to stop and see what it looked like.  John Herrick and Tim Pellegrino of SpiderWebShade tightened up their harnesses and decided to give it a go. 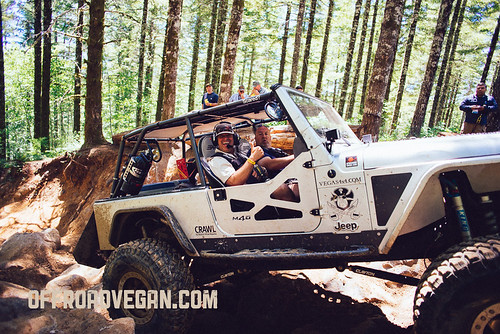 Tim’s smile says it all – Jamboree is a BLAST!

After watching John and Tim navigate Can Opener, Dirk decided to give his beautiful 2 door JK a try.  He mastered the filter and made a valiant effort, but in the end, needed a little help from his winch. 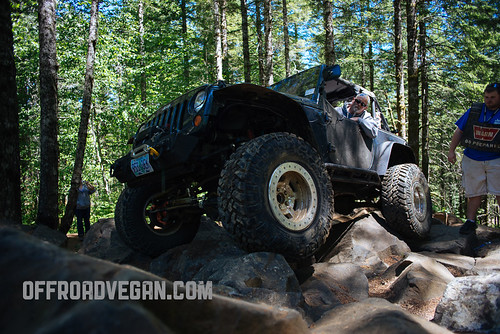 Dirk crawling the rocks on Can Opener.

After Can Opener, the trail’s pulse settles back to normal and the teams wove through the forest on the remainder of the trail.  Yet the final rock crawl still loomed in the distance as we slowly approached Rocky Uphill. 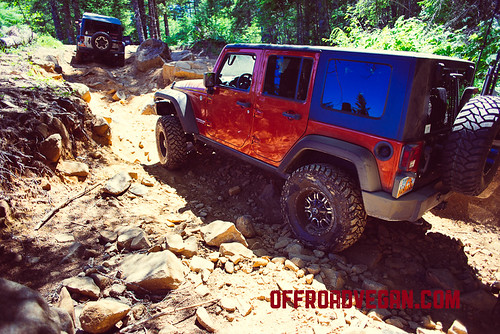 We popped out of the last climb on Archer’s and pulled off for some group photos. 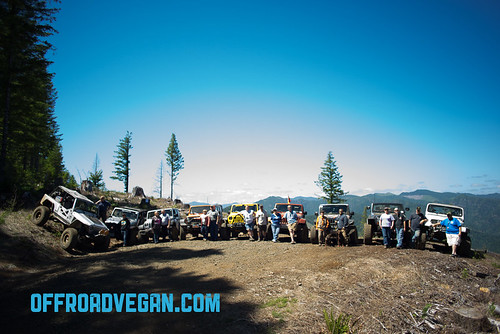 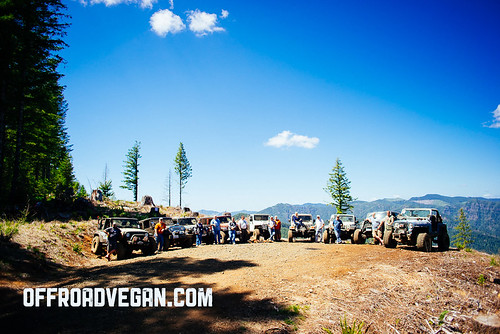 After the trails on Day 1, I attempted the most epic JJUSA group image.  After lining up all the jeeps, the tide started creeping in and 30 seconds before I could take the shot with my drone, everyone left! 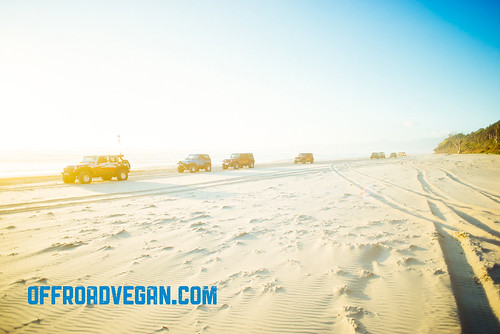 On day 2, the end of the first Jeep Jamboree ever in Oregon was coming to a close.  We returned to the fairgrounds to survey the returning teams, have dinner, and the closing ceremonies. 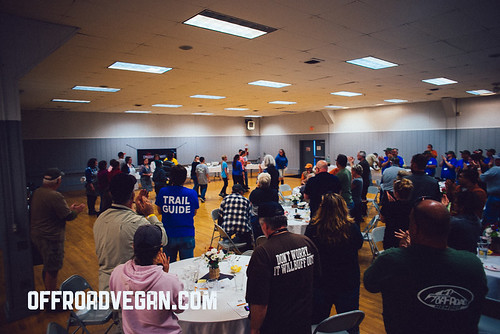 Jamboree participants give a standing ovation to the kitchen crew from the local 4-H clubs. 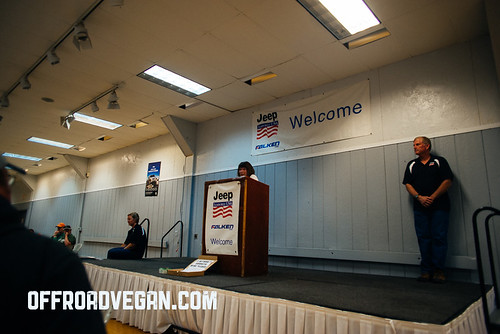 Glenda Gau gives participants a brief history on Mark A. Smith, the founder of Jeep Jamboree. 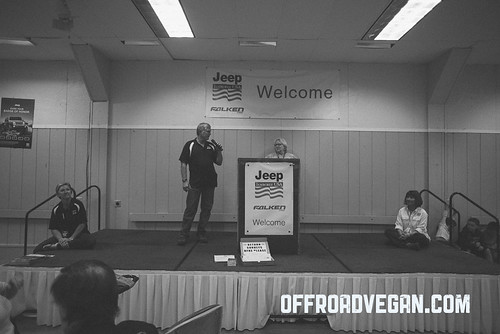 Mark and Terry give closing remarks.

The 1st Annual Jeep Jamboree in Tillamook was a huge success.  It is hard to consider the amount of hours, emails, phone calls, meetings, and planning sessions that go into something of this scale.

Mark, Terry, Glenda, the guides, and so many people did a fantastic job, and based off the constant smiles of all the Jeepers – it was a huge success.

Media contact for images: offroadvegan@gmail.com.  All photos (c) Scott McNamara unless where noted.

3 thoughts on “The 2015 Jeep Jamboree in Tillamook, Oregon”