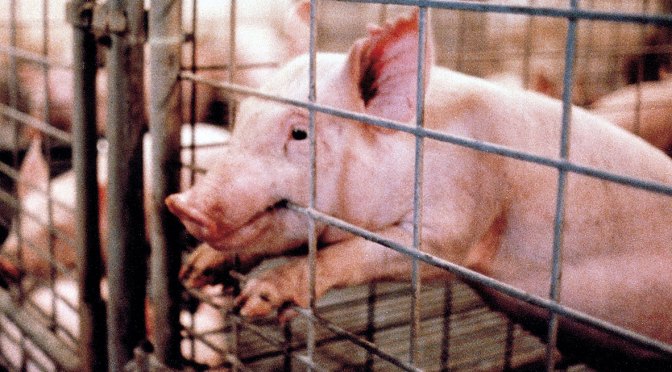 Food is a weird thing.

When you really boil it down (no pun intended), the point of food is to act as nourishment for our bodies.  Somewhere along the line, the importance of food changed into more of a social and even ideological undertaking.  What a luxury. 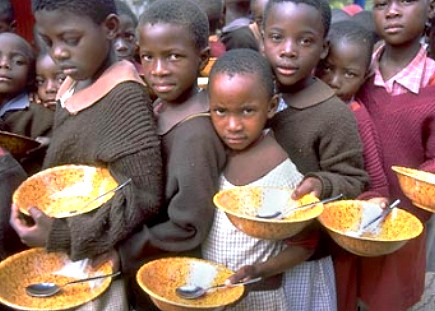 I consider the ability to be vegan a highly privileged option.  A lot of people in this World barely have enough to eat, and yet vegans can determine what they want to eat on an ideological level.  Let me say that again.

We actually have the luxury of turning down certain foods because we don’t agree with how it was raised/what it is/where it comes from/how it is cooked/etc.

So I make this choice with a great deal of appreciation for the circumstances in my life that let me make these decisions.

I did not really wake up one day and just decide to be vegan.

Like most life-changing decisions, it was made over a long period of time and as a result of realizations that I was able to make along the way.

It started when I worked at the Alaska Wildlife Alliance.  Once there, I started to realize both how horribly humans treat other animals and how being vegan/vegetarian didn’t seem like such a big deal.

Once you start to see behind all the marketing hype the meat and dairy industries pump out, and peer into slaughterhouses, CAFOs (Concentrated Animal Feeding Operations aka Factory Farms), waste lagoons and fur farms, any adult like me would start to seriously consider why they are supporting this type of behavior.

1: I hate the meat industries.

I highly encourage you (vegans and omnivores alike) to read the book Eating Animals by Jonathan Safran Foer.  In this book, JSF shares a tale about a local California farmer that actually raises his cattle in as humane a way as possible.  This farmer:

People started to catch on, and appreciated the efforts this farmer was putting in place. The beef industry was also watching closely as his market share was increasing due to his humane practices. 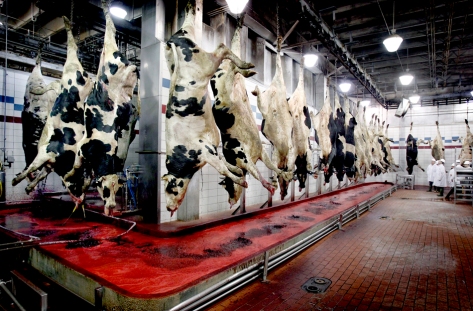 So what did the beef industry do?  Did they see the market potential in treating animals with respect and dignity?  Did they want to help this farmer expand his operations?  Did they mimic the practices deployed to start competing in an open market? No.  They purchased the only slaughterhouse where this farmer could operate and shut it down.

Also, with the recent Ag-Gag laws being pushed (which make video/audio recording and photography of animal feeding/slaughter facilities a felony) it just shows that guilt is present and being covered up.

Reasons like these make me proud to be a vegan.  I do not support the meat or dairy industry with one penny of my money.  I also know that my existence on this planet does not overly burden other species that just want to be left alone.

Another argument a lot of people pose to me is that “animals aren’t sentient beings” and they “cannot feel pain.”

This is not only an infuriating opinion, but more dangerously an “ignorantly” convenient one.  If we are able to lie to ourselves and assume the animals we eat are free of pain and fear, we can then consume them with a clear conscience.

We know animals feel pain, we know they feel fear.

3: I have a happier holiday.

One of my favorite times to be vegan is during the holidays.  This is not only because I can still eat a ton of awesome food and NOT get sleepy/sick/gross, but also because at the end of the festivities, I know NOTHING suffered for my enjoyment.

And this feeling of happiness extends throughout the year.  I make sacrifices being a vegan (social pressures, having to find places to eat, etc) but those sacrifices are made with enjoyment, as I know I am preventing animals from suffering.

While helping lend a hand to animals is the primary and longest standing justification for me to be a vegan, there are many more.  This is only part 1.  My goal is to help share my lessons learned and to encourage others to learn as well.