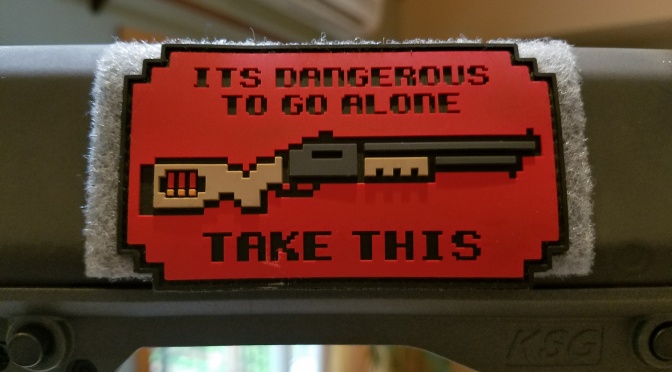 As many of my readers know, I am a strange blend of liberalist, centrist, and conservative.  While I voraciously support equality – marriage equality for one, I also advocate strongly for second amendment rights and smaller government.

I also believe unequivocally – that without our second amendment, we cannot protect the others.  That single right – to keep and bear arms – allows us, the citizenry, a poker chip against a future government that steps too far.  It was baked into our rights from a group of founders, that had just recently witnessed an armed citizenry resist an oppressive government – and succeed. It is core to our nation.

That all boils down to the fact I am a staunch believer in concealed (and even open) carry.

And yet, as I read another story of extremists plowing into, and stabbing innocent citizens, I cannot help but feel that the justification for a legally armed public is louder now than perhaps ever.

Concealed carry used to be based on individual protection.  Individual safety.  Someone is breaking into my home – or attempting to carjack me and my family.

But now, it seems that the radicals amidst us also call for an immediate need to protect not just us individually, but also the society we have built and hold dear.

Now before my more liberal friends start yelling, and complaining that “more guns don’t mean more safety,” I want you to think about one thing.  When you call the police, all you are doing is asking someone with a gun to show up and save you.  That is all.

You are requesting a gunman to come handle a situation and bring their gun.

When you realize the average police response time is 10 minutes, the issue becomes clearer.  Ten minutes is an ETERNITY when someone is stabbing people on the sidewalk , on the MAX, or at the Louvre.  Or a night club.  Or a movie theater.  Ad nauseum.

Last week in Portland, there was a racially-inspired stabbing attack that killed 2 men and injured a third.  They were standing up for a couple of women on the train, as a man was verbally bullying them.

I often ask myself why there was not a single concealed carrier aboard that MAX train.  I also think about how the outcome could have been radically different.  Chances are we would have one injured victim, and one dead criminal.  If concealed carry lacked the social stigmas perpetuated in the media and especially in liberal cities like Portland, we might have had a much different outcome on that train.

An armed public also has a strong side effect.  When open and concealed carry is more accepted (and not demonized), criminals are never sure who is armed and who is not.  That single fact has a lot of weight in how and where attacks happen.  Most shooting events occur in gun free zones.  Don’t think that is not by accident.  Criminals want to limit the chances of any armed resistance.

According to the Crime Prevention Research Center, from the 1950’s through July 10th of 2016, 98.4 percent of mass shootings have occurred on gun-free zones, with just 1.6 percent occurring where citizens are allowed to have firearms with them.

Let that sink in.

It is probably also part of why we are seeing these terror attacks happening in cities where public gun ownership is very restricted or even outright illegal.  In the London terror attack yesterday, a police officer had to go after one of the terrorists with a baton – even they are unable to defend society.  Pure insanity.

I wish we lived in a harmonious World where weapons were not needed on a daily basis.  However that is simply not reality.  As we see more and more liberal groups, minority groups, and others arming up one thing is clear – people do not feel safe.  They do not trust their baton-wielding governments to protect them.

I encourage all my friends to consider getting a concealed carry permit and actually becoming part of the solution.  Standing up for a crumbling reality and actively preventing more of the same when it comes to these terror events.