UPDATED 10/30/14: I received new resistors from Anzo.  And while they told Northridge they were a “new design” they look identical to the ones that failed, so time will tell.  This company has some pretty abysmal customer service, so be forewarned.  At least I have the crew at Northridge at my back for this!  I did replace the resistors and will report back on any issues.

UPDATED 10/20/14: Since the install, both the passenger and driver side resistors have failed.  While the lights still work, I get the fast flash and errors in my EVIC, where the computer thinks bulbs are blown.  ANZO USA did not respond to my contact request for support, but thankfully Northridge 4×4 did, and held them to fix the issue.  Anzo is sending me two new (apparently redesigned resistors) for me to install.  Hopefully this fixes the problem.

My Jeep has been visited by a really annoying gremlin – the failed right rear blinker.  It is a pretty common problem across the forums, yet there doesn’t seem to be a single fix.

Essentially, the blinker will work once the Jeep is started, then about 5-10 seconds later it fails, going to a rapid flash and throwing an error in the EVIC.

The bulb filament is fine, and the bulb actually works in the driver side tail light.  So it was something else.

Rather than mess around with bulbs and electrical stuff, I opted to just replace the tail lights with an LED option.  Based on what Northridge 4×4 had to offer, I chose the Anzo USA Black tail lights.

They arrived in a non descript box, after an extended drop ship time.  The box included two lights and nothing else.

Installation was straight forward and easy.  But since there were no instructions, I figured I’d do a little write up.

NOTE: I have the ACE Engineering rear bumper with Lifetime LEDs, so the wiring in my images may be different from your Jeep.  I did not connect the Lifetimes to the Anzos until I can confirm the wiring.

1. Starting on the Driver’s side, remove the two inside screws from the OEM light.  Save these screws as you will need them to install the Anzos. 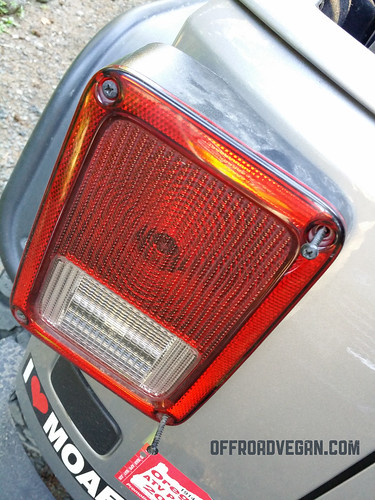 2. Remove the housing from the tub, and disconnect all wiring adapters. 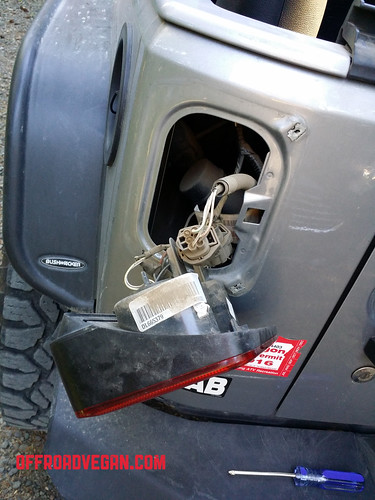 3. Unplug (what I think is) the resistor from the Anzo light harness.  Using a household cleaner, find a good spot on the inside of the tub, and clean/dry it well.  Once dry, apply the resistor. 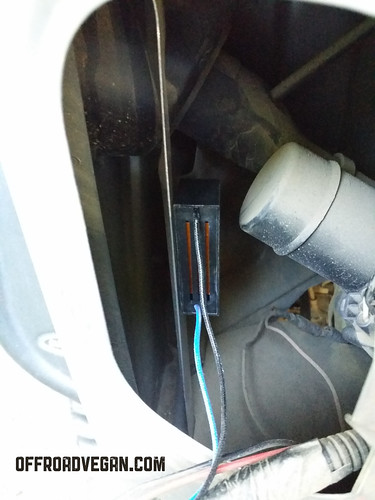 4. Connect all factory adapters to the Anzos as well as the resistor. 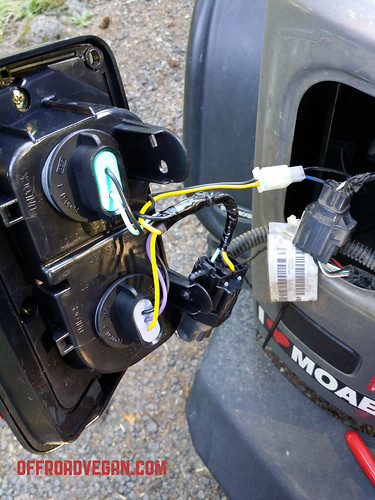 5. Install the light into the recess, using the two original screws.  Tighten. 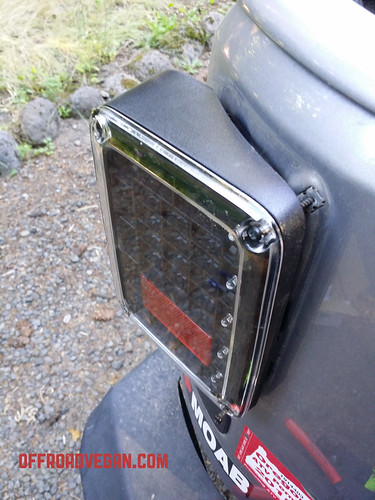 6. Perform a test of all lights. 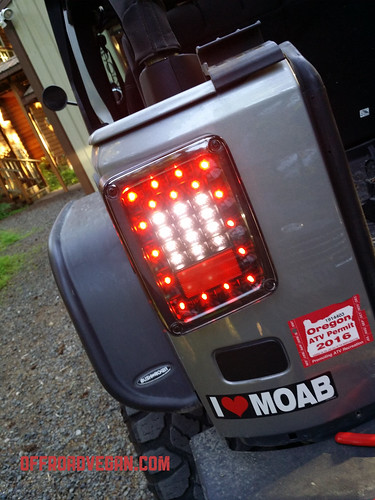 7. Repeat on passenger side.

First impressions:  The lights seem to be really well made.  The housing is plastic (unlike the aluminum Trucklite housings).  I am a little concerned with the polycarbonate lenses on these, as there is already a little evidence of scratching and I took really good care to treat them gently.

My Jeep is not a mall crawler, so time will tell how well these really hold up.