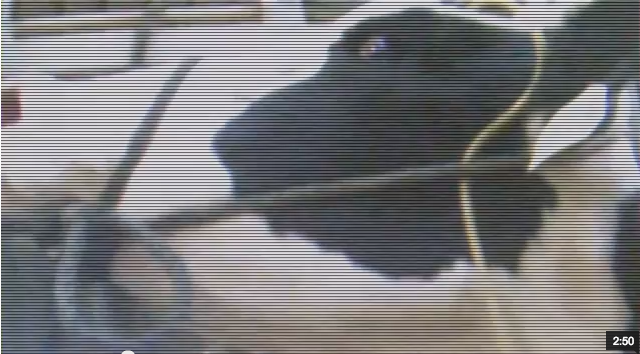 If you have not seen the video yet, I recommend you do.  It is hard to watch.  However, whether you are an omnivore or a full on vegan, we need to witness the brutality of what goes on behind closed doors in our food’s production process.

I am a huge believer that a free market economy can only thrive on an educated population – watching this video is part of that education. People need to vote with their wallets.

Primarily, my opinion is that we as humans know this is wrong.  There is no sugar coating it.  While these animals are alive and in our custody, we owe them the respect and dignity of any living being, regardless of species.  It needs to be fixed on a systemic level.

It does not matter what excuses we try to bring to bear – “The employees get away with it when the bosses aren’t looking,”  Or “It’s hard finding good help.”  At the end of the day, this is abuse and sociopathic behavior.  I am fascinated (read: frightened) by people that can act like this by day, and snuggle their kids in bed by night.

The blogger “Dairy Carrie” posted a response piece.  In it, she recognizes “some” of the video as abuse, but it seems like a token confession.  The rest of the video, she discredits by addressing the languages spoken by people and what part of the cows’ bodies are bleeding.  She is, afterall a dairy farmer and industry advocate.  So I take her response with a grain of salt.

But it is her closing line that really motivated me to write this blog post today.  It is a simple one liner :

“Nobody should profit off of animal cruelty.”

Her angle on this is against Mercy For Animals.  And I agree.  Our goal in our society should be that no organizations like MFA, PETA, Humane Society of the US, Defenders of Wildlife,  or any animal group should exist.  But that is because they shouldn’t have to.   We, as a nation should have higher standards of care for the animals in our domain.  If nothing out of line is happening, then there should be nothing to hide.  Videos like these would be the most boring thing to watch, as the camera pans around a clean barn full of healthy cows being treated with respect and dignity.

But, apparently that can’t happen.  The price pressures within the dairy industry require that corners be cut, and sacrifices be made.  Sadly, it appears the livestock are bearing the brunt of those sacrifices.

And therein lies the ultimate irony in her closing statement.  The dairy industry is actually profiting from animal cruelty.  By using the excuse that care and responsibility cannot be exercised due to cost, they are justifying and even making money off the misery these animals endure.

We know that the world will not be vegan tomorrow, next year, or even in the next hundred years.  In the meantime, we need to pressure farmers, corporations, and people to focus on greater animal welfare and humane treatment.  Initiatives like Certified Humane are a step in the right direction, but again it is unbelieveable we even have to have programs like these.

Let’s make that our ultimate goal.

9 thoughts on “My response to the MFA “Digiorno” Video”